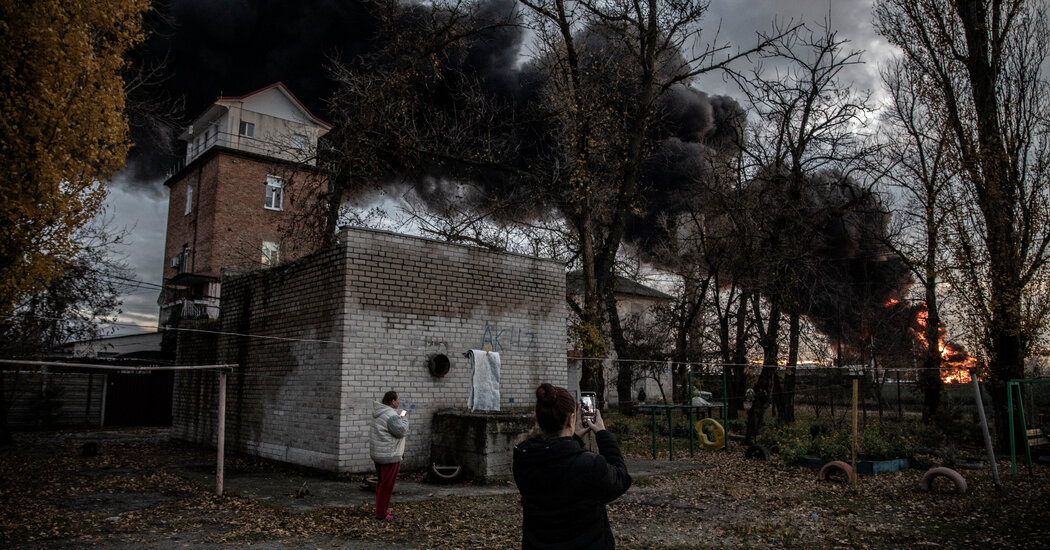 At least 437 children are among more than 8,300 civilians killed in Ukraine since Russia launched its full-scale invasion in February, the country’s attorney general said on Saturday in a grim new assessment of the war.

Andriy Kostin, Prosecutor General of Ukraine, said more than 11,000 civilians had been injured in the conflict in addition to the casualties. But he added that the true numbers are likely much higher, in part because authorities in the capital Kyiv do not have access to data in areas in the south and east of the country that have been occupied by Russian forces.

In a report released on November 14, the Office of the United Nations High Commissioner for Human Rights said 408 children were among the 6,557 people killed since the invasion began and 750 others were among the 10,074 injured, although it also said that the true numbers were “Certainly higher.” His data showed that March had been the deadliest month of the conflict.

Russian missiles fired from artillery positions near front lines or at cities from a longer range caused the majority of civilian casualties. Children were also among the victims of some of the conflict’s worst massacres of civilians, including a rocket attack on a train platform in the Donetsk region’s town of Kramatorsk in April that killed more than 50 people, and an attack on a civilian convoy in Zaporizhia Region in September when at least 30 people died. In both cases, the civilians tried to flee the fighting.

One of the most painful victims of the war was Liza Dmytriyeva, a four-year-old girl with Down syndrome who died in July from shrapnel wounds after a missile hit a shopping center in the central Ukraine city of Vinnytsia. Photos of her pink and black stroller lying on the street have been shared around the world.

The Ukrainian government has gone to great lengths to document the crimes committed since the beginning of the Russian invasion in order to step up law enforcement. Mr Kostin said Ukrainian authorities had registered a total of 45,000 war crimes.

He added that 216 people had been notified on suspicion of involvement in war crimes, 17 of whom were Russian prisoners of war.

A UN-appointed panel of legal experts said in September that Russian soldiers had committed war crimes in Ukraine and that children had been raped and tortured.

In addition to the rocket attacks, Ukrainian authorities have uncovered a series of atrocities in areas – such as Bucha, a suburb north of the capital Kyiv; Izium in the Kharkiv region; and last. the city of Kherson – from which Russian forces were forced to withdraw. Some victims were children.

According to Ukraine’s Parliament Human Rights Commissioner Dmytro Lubinets, authorities have uncovered detention centers for teenagers in Kherson and said young people appear to have been tortured.

“There was a separate area where teenagers were being held. We’re going to determine her age now. People are witnessing that some boys looked 14 years old,” Mr Lubinets said in a post on Facebook on Friday, adding authorities believe it was the first time such a practice had been uncovered.

Thousands of schools were damaged by Russian bombs and rockets, hundreds were destroyed. In an example of the abuse of children’s institutions, Oleh Synehubov, head of the Kharkiv regional administration, told Telegram on Friday that Russian forces had planted mines in beds in kindergartens in the region. The claim could not be independently verified.