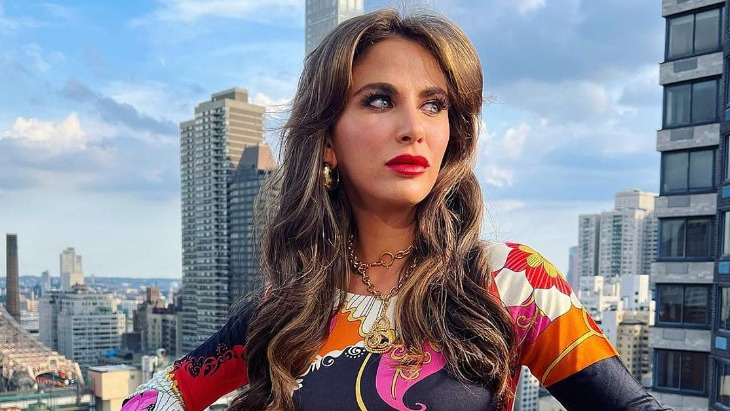 Lizzy Savetsky, social media influencer and star of Real Housewives of New York announced that she is leaving the cast. Filming had barely started, but due to the anti-Semitic abuse, she couldn’t stay longer.

From the moment it was officially announced that she would be a cast member on the show, anti-Semitic comments have not stopped. Lizzy, 37, has over 200,000 social media followers and proudly describes herself as a Jew and Zionist on Instagram. It all backfired, as Lizzy’s bombastic statement points out: “Unfortunately, since my announcement in the cast, I’ve been on the receiving end of a spate of anti-Semitic attacks. As things progressed, I realized that this path was no longer the right one for me and my family.”

Here’s a sampling of the comments thrown her way:

Lizzy and I met last Passover at a program in the Bahamas. We were both speakers and enjoyed attending each other’s classes.

She focused on her personal struggle with infertility as well as her love for Israel. She raised over $57,000 to write a Torah scroll, which she presented to the IDF Paratroopers Unit.

The letters of the Torah scroll represent the souls of the losses suffered by various women through miscarriage. Families from all over the world came together to support this beautiful cause. In June 2022, Lizzy traveled to Israel with her family to present this gift to the IDF.

Lizzy emphasizes the importance of using social media to promote Jewish values. She has also been very open about her struggles with alcohol, sharing her personal story with Aish.com readers.

When joining Real housewives, Lizzy tried to be a positive Jewish role model for the world. It was a big risk for her personally because she’s an alcoholic, and Lizzy knew the pattern that most sober alcoholics who compete on the show don’t stay sober for long.

But she pushed the decision forward to show the world Jewish values ​​in action and to encourage positive feelings towards Israel.

I really got to know Lizzy and see that her words and actions match. Her family is her priority, and her sobriety is more important than anything else. And she’s not afraid to hold on to her Jewish values ​​and stand up for Israel and for being Jewish, no matter the consequences.