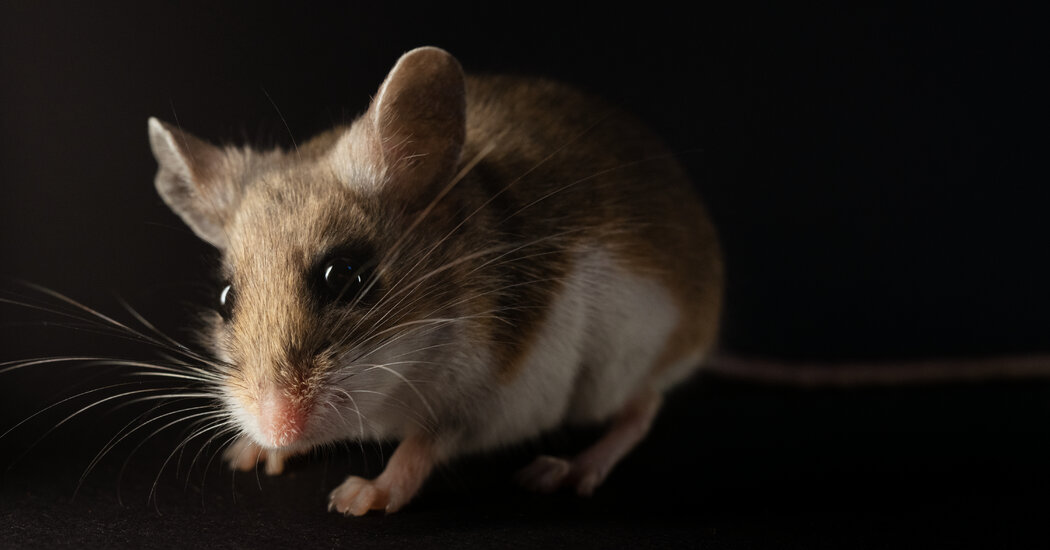 It’s easy to look at a forest and think it’s inevitable: that the trees came into being through a stately procession of seasons, seeds, and soil, and will renew themselves as long as environmental conditions allow.

Hidden are the creatures whose work makes the forest possible – the multitude of microorganisms and invertebrates involved in maintaining this soil, and the animals responsible for growing seeds too heavy to be carried by the wind, to the places where they will sprout.

If you’re interested in the future of a forest—which tree species will thrive and which will decline, or whether those threatened by a rapidly changing climate will successfully migrate to new hospitable lands—check out these seed-dispersing animals.

“Any oak trees trying to move north are trying to track the habitable range,” said Ivy Yen, a biologist at the University of Maine who recently visited Penobscot Experimental Forest in nearby Milford late afternoon while arranging Acorns could be found on a tray for mice and voles.

“The only way to deal with the changing temperatures is with the animals,” Ms. Yen said of the trees. “Will personality affect that? Will there be people who are more likely to help?”

Ms. Yen is a graduate student in the lab of Alessio Mortelliti, a wildlife ecologist who came to Maine nearly a decade ago with a particular interest: how seed dispersal intersected with emerging research into animal personality.

Although researchers have already studied the ways in which animals move seeds across landscapes, the possible role of their personalities had remained largely unexamined. The Penobscot Experimental Forest, with its 1,800 acres of closely monitored woodland managed using various forestry techniques, provided a landscape-scale framework to study this question.

Over the past seven years, the students of Dr. Mortelliti captured deer mice and red-backed voles in her study plots each summer — about 2,000 animals in total — and subjected them to tests that measure where they fall on a spectrum between bold and timid. Before release, each will be microchipped, similar to those used to identify lost pets.

The tags trigger sensors like the one Ms. Yen placed above her tray of acorns. Each acorn was painted with bands of color to indicate its species: Red Oak, Bur Oak, Black Oak, White Oak, Swamp White Oak, Scarlet Oak, Pin Oak, Willow Oak. Red oaks are already abundant in the region, but the other species have only recently arrived, or are expected to, as rising temperatures shift their ranges north.

Whether these trees succeed in this slow-motion migration—and eventually grace new landscapes with their noble, carbon-binding, sheltering, wildlife presence—will be a function of countless encounters between a mouse or a vole and an acorn.

Does the animal take the nut? If so, is the nut eaten immediately or saved for later? Where is the animal hiding it? How often do they not return, either because they forget their location or—as is often the case with bite-sized creatures in a forest full of hungry predators—because they get eaten first, giving the acorn a chance to germinate?

In the study centers of Dr. Mortelliti documents each of these encounters. How a mouse or vole approaches a tray laden with acorns; a sensor reads their microchip and identifies the animal; A motion-activated camera captures the moment and records which nut they took. Over the course of this season, Ms. Yen said she would release more than 1,800 acorns.

That autumn night, Ms. Yen set out five trays, each about 100 feet apart. She sprinkled a non-toxic fluorescent powder around each one, which temporarily sticks to visitors’ feet. When she returned before dawn, equipped with a UV flashlight under which the powder fluoresced, small constellations of footprints surrounded each tray and disappeared into darkness.

People don’t realize how many mice and voles there are, Ms Yen said. She estimated that she passed a mouse or vole every 13 paces on her way to the site—not outdoors, but hiding under a leaf or snuggled up in a grass-lined burrow. In the light of twinkling stars and a toenail moon, the rodents had done their quiet work. Every acorn was gone.

One lead after the other, Ms. Yen followed each lead. The tiny footsteps glowed under her flashlight, skirting moss-covered hills and under fallen branches and up logs, then down again. How the mouse runs is the opposite of straight line: Some trails have dried up, the powder snow is exhausted. Others ended up in a cache—a hollow under a root, a rotting stump, a hole dug in the ground and carefully covered up again. Ms. Yen marked the last spots with small orange flags.

Some acorns stored for the coming winter were intact. Others had been eaten, but Ms. Yen identified the species from the painted shell fragments. With the help of Elizabeth Pellecer Rivera, a research associate, she took notes on each one. Sensor data and camera footage later showed that much of the collecting was done by a particularly hard-working deer mouse known to researchers as 982091062973077, a 13-gram male that was captured in late September and proved quite shy on testing, though with a cautious exploratory foray.

When the season comes to an end, Ms. Yen, Dr. Mortelliti and two doctoral students, Maisie Merz and Brigit Humphreys, analyze all this data and look for patterns.

Perhaps certain personality types are more likely to choose certain oaks than others. It may take a particularly bold rodent to lift a massive acorn and then stagger under its weight, vulnerable to predators, until it finds a hiding place. Perhaps shy mice are more likely to hide them in places best suited to germinate a forgotten nut.

The findings add to a number of studies that have emerged from the experiment in recent years, most of them led by Allison Brehm, Dr. Mortelliti’s first graduate student and the person who taught Ms. Yen how to track.

In a 2019 study in Ecology Letters that Dr. Mortelliti called “proof of concept,” the researchers showed that the personality of small mammals influences their choice of seeds. Earlier this year, the team described how some deer mice, depending on their personality, are more likely than others to cache red oak, white pine and American beechnuts in a way that promotes germination.

In turn, rodents’ personality-specific foraging strategies changed when predators were nearby, the researchers showed in a 2021 Oikos paper.

And land use is changing this dynamic. For example, the 2019 study found that small mammals in areas that had been deforested years earlier tended to be brave. A study the following year found that a more natural forest, with a mix of habitats rather than the uniformity favored by most commercial logging, contained a greater variety of personalities.

“This variety of personality types is maintained in populations because it’s a good thing, just like genetic diversity is a good thing,” said Dr. Brehm.

Rafał Zwolak, an ecologist at Adam Mickiewicz University in Poland who studies seed dispersal and animal personalities, described the research as “absolutely groundbreaking”.

“I hope their work will inspire researchers in other labs working in other ecosystems to focus on this topic,” he said.

When asked to define the practical implications of his research, Dr. Mortelliti: “Keep a variety of personalities.” There is no ideal personality; Rather, different people take on different roles. Depending on the circumstances—drought, natural disturbances, fluctuations in predator populations—different personality types may emerge. These nuanced dynamics do not preclude logging, said Dr. Brehm, but they suggest being careful.

“When you need to manage a landscape, you don’t want to manage it the same way,” she said. “You want to manage different parts differently so you have a heterogeneous landscape.” Techniques can be used that preserve a variety of tree species, ages and sizes, trying to mimic what would happen naturally.

Much remains unexplored, Dr. Mortelliti feast. Shyness and boldness are not the totality of the animal personality; They are only relatively well characterized and easy to measure in the field. Aside from oaks, hundreds of other plant species are shifting their ranges, each following its own animal-mediated trajectory.

As Ms. Yen finished her work, night gave way to dawn. A blue jay called; a red squirrel chirped. Both are seed dispersers with personalities that can affect their contribution to the forest. The same goes for bears, foxes, crows, turtles and even ants – a whole menagerie that has not yet been studied and affects not only plants but even fungi.

“I only see two species at night,” Ms. Yen said. “It’s a very small snapshot of what’s happening.” A complete picture has only emerged for decades, but the outlines are already clear: it takes many personalities to raise a forest.