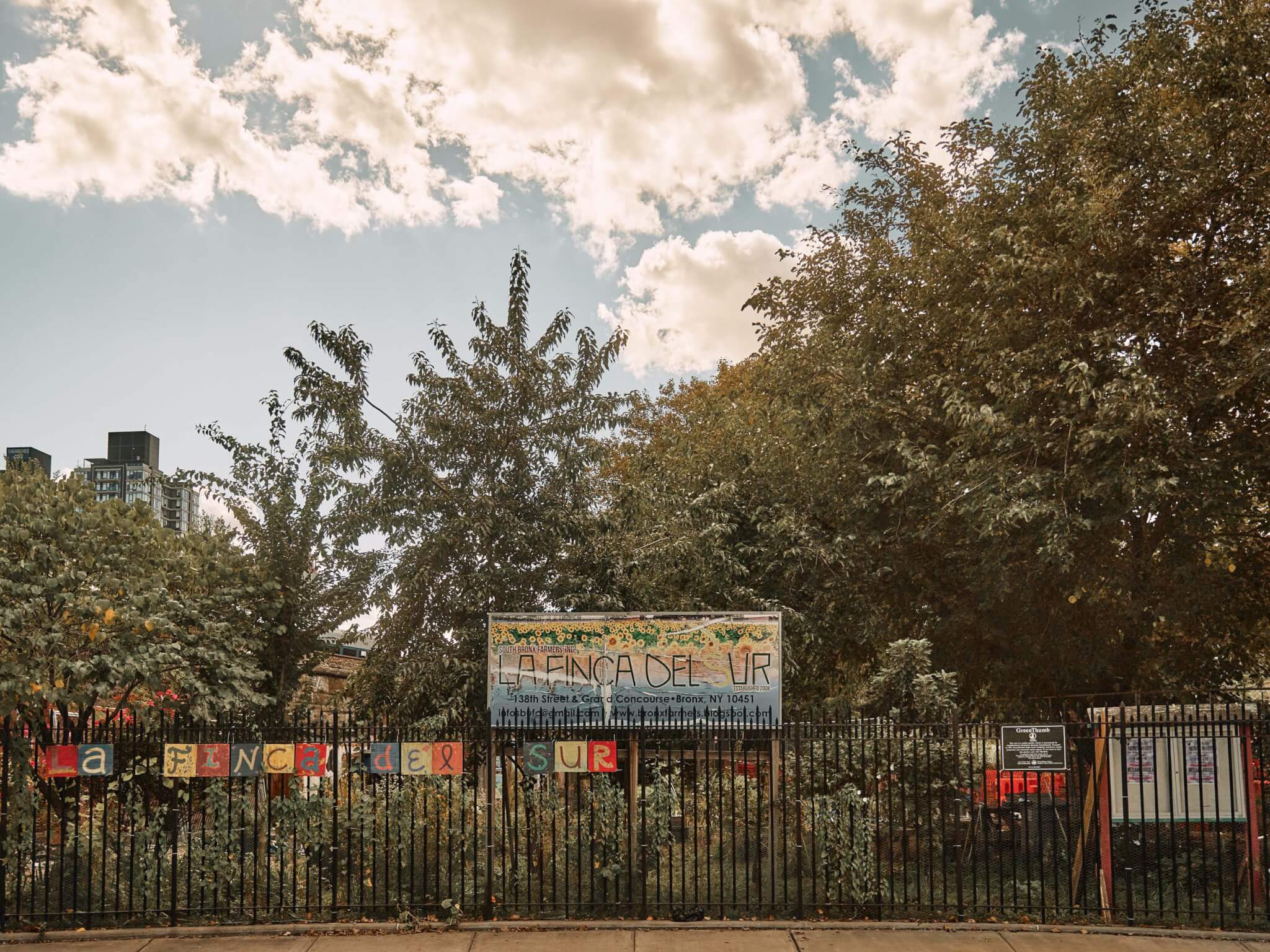 Michael Kimmelman debuted as The New York Times‘ Architecture critics in September 2011 with a serious and well-meaning tribute to Via Verde, a subsidized housing development in the South Bronx by Dattner Architects. Both the tenor of the article and the architectural typology to which it was devoted suggested that change had reached the desk formerly occupied by Nicolai Ouroussoff and Herbert Muschamp—one a clout-hunting substanceist and the other a proud one supporter of the Pep. Compared to such writers, Kimmelman cut the figure of a populist, peppering his columns with little demotic tidbits. In the Via Verde review, for example, he casually noted his endorsement of dollar slice, the key culinary innovation of the Great Recession that offers a value proposition that has slipped of late. Between bites, he reflected on the essence of good architecture, which obviously boils down to curbing desirability and righteous intentions. Was that the reasonable criticism of Times was always missing and would now deliver?

In his more than decade tenure, Kimmelman has inspected as many buildings as Ouroussoff or Muschamp managed in a few years, and devoted much of his time to reporting and advocacy. Some within the discipline have perceived a reluctance on Kimmelman’s part to conform to his job description and wrote him off as an interloper. But the contents of his Rolodex suggest otherwise. in the The Intimate Citya new collection of walking tours which he has published in Times At the height of the pandemic, Kimmelman commissions renowned architects to walk through New York neighborhoods. A handful of the expeditions have been conducted virtually due to lockdown restrictions. In one instance, he’s double-booking guests covering the same terrain – the midcentury mile of Park Avenue – with Annabelle Selldorf and engineer Guy Nordenson doing slightly different but equally coherent renditions of Mies van der Rohe’s Seagram Building and Skidmore, Owings & Merrill offer lever house. A few avenues west, Tod Williams and Billie Tsien take him on a trot from Carnegie Hall, where they once lived on the top floor (it’s run down now), to Lincoln Center, where David was one of their most famous projects, Geffen Hall, opening in October . (In his report, Kimmelman ruefully notes that Williams and Tsien’s new welcome center “could be mistaken for a Marriott’s front desk.”)

Uptown, David Adjaye, a die-hard cosmopolitan who splits his time between New York, London and Accra, Ghana, trains Kimmelman’s eye on the sleek details of Harlem brownstones. He later lounges at a “speaker’s corner” on 135th Street, a vacant, overgrown lot where agitators and civic tribunes like Malcolm X once spoke about the political issues of the day. On the East Side, Kimmelman and Deborah Berke made their way from their Gracie Square co-op to a waterfront promenade that overlooks FDR Drive. They share their admiration for the Hell Gate Bridge, a lithe railroad viaduct spanning a turbulent tidal strait from which it derives its Stygian name. Kimmelman avoids any Dante references, just as he does when roaming the murky darkness of the Financial District with Claire Weisz (of the WXY company). The impetus could indeed be given in a book about cynosures navigating stretches of a city – the corroding heart of the global capital – that has been “emptied” by an apocalyptic virus.

In March 2020, Kimmelman dabbled slightly in #doom for a photographic essay titled The Great Empty. COVID-19, he wrote at the time, “has made scarcity a necessary condition for human survival.” In the introduction to The Intimate City, Kimmelman recalls the early days of the pandemic and the general sense of insecurity that permeated the newsroom and the city outside its walls. “I still had a job, but I couldn’t do it the way I used to,” he writes. “My work would have to be rethought.”

As it turned out, Kimmelman would enjoy his most prolific stint yet as the newspaper’s architecture critic in 2020, publishing about 30 articles, more than half of which were tours. The idea for these hikes came to him days in lockdown. Instead of stewing in the dark, he seemed impassive. As life in the city ground to a halt, his thoughts turned, he tells us, to the spirit of bonhomie that kept Londoners alive during the Blitz – particularly pianist Myra Hess, who performed the Beethoven sonatas for the public amid bombing raids performed at the National Gallery. The myth of the Flash has a persistent, borderline pathological hold on prominent providers of cultural commentary; They conveniently forget that when push came to shove, England’s elites left their towns and workers who could not so easily escape to country estates. The emergence of COVID-19 in New York sparked a similar dynamic, with the rich and powerful spreading to second homes in the Hamptons, the Berkshires, Maine and Vermont.

But Kimmelman’s so-called “Cicerones” stayed, at least until work picked up again and construction sites reopened. If we are to deduce from their respective offices’ bills, not to mention ZIP Codes, Berke, Weisz, David Rockwell – who shares some (welcome) wisdom on the metropolitan virtue of artificiality as he tours Broadway theaters – and Marion Weiss and Michael Manfredi, who take Kimmelman down a sidewalk from Brooklyn Heights to her Hudson Square office, have comfortably driven out of quarantine. That the senior architectural authority in the National State Gazette should do the same is no great blow to the progressive personality he has cultivated over the years. Again and again he has campaigned with his station for subsidized housing, an unpopular opinion among his fellow campaigners Times Writers, particularly the gormless market idolizers who haunt his comment pages. Continuing his Via Verde column, Kimmelman seemed genuinely energized from his visit to the Zuccotti Park camp with its “General Assemblies,” its makeshift kitchen and library, and other crusty, communalist trappings. “It was obvious to me as I watched the crowds over several days that a consensus on urban planning was forming,” he wrote.

It is therefore odd that the summer 2020 city fires are not included in Kimmelman’s book. After the killing of George Floyd, riots broke out in American cities and threatened to escalate into a general riot. The threat, though temporary, made itself felt in boarded-up storefronts across New York. Demonstrators pounded the sidewalk and took over streets and public squares. Fuzzy, arguably frivolous proposals for radical societal transformation — namely, defunding the police — received public scrutiny like never before. Law enforcement soon dropped the mace, and a Democratic mayor called for a citywide cooling-off period. Where was Kimmelman? Missing off intimate city is the intimacy of the crowd, many times larger and more diverse than the brood he encountered at Zuccotti Park years ago.

The protests have left right-thinking liberal pundits behind, in part because the movement has denied its belief in Dr. Fauci and questioned the social distancing measures his office had been campaigning for just months earlier. But they also immediately refuted the prediction of a morbid series of “deaths”, most ridiculously that of New York. Looking back on that moment, Kimmelman writes that he “avoided making predictions.” Instead, in a prudent act of stewardship, he reminded his readers of “the glory of the city” by exploring it, observing its most indelible marks with the help of guides, and—in some cases by inference—noting how they came to be.

This archaeological agenda sometimes strays far from notions of urbanity intimate city commemorates Two excursions with Wildlife Conservation Society ecologist Eric Sanderson add to the collection and recreate antediluvian New York. Mannahatta, the Lenape word for the area that would become Lower Manhattan, once supported 55 ecosystems while the saline marshland of Mentipathe ultimately receded beneath the concrete hull of a baseball diamond (the old Yankee Stadium). A few maps and charts would have been useful. The marketing copy on the back cover of the book, which claims that Kimmelman’s walks span “approximately 540 million years of history,” emerged from discussions with Sanderson. They also inspire the cheesiest joke heard this side of MacDougal Street, about the leftover glacial rock that underpins (and sometimes breaches) the five precincts:

Sanderson: You know what geologists say.

Kimmelman: No, I do not.

Sanderson: The Bronx is gneiss, Manhattan is slate.

Monxo López, a curator, activist and administrator of a South Bronx land trust, tends to agree. Strolling through Mott Haven, he tells Kimmelman about “the burning years,” an ominous reference to the 1970s and the pyrophilia of landlords who, along with city planners, have abandoned the underinvestment neighborhood and “cut their losses by burning their own buildings to demolish them Collecting insurance policies.” Faced with this great betrayal, residents responded by stoking the flames higher. Now gentrification has arrived in the area, but struggles to fight back developers, along with homegrown initiatives like the bag finca Kimmelman’s visits have forged strong community bonds, López says. He uses the center-periphery analytical model—with Manhattan typically viewed as the former—only to turn it on its head: “For the people here, Mott Haven is the center.”

I would have thought Kimmelman would feel right at home in this center of things. But, be intimate city is imbued with the same hobnobbing that its predecessors indulged in. Can we really expect the Cultural Mandarin to play the role of the activist? Not without first formulating our expectations.