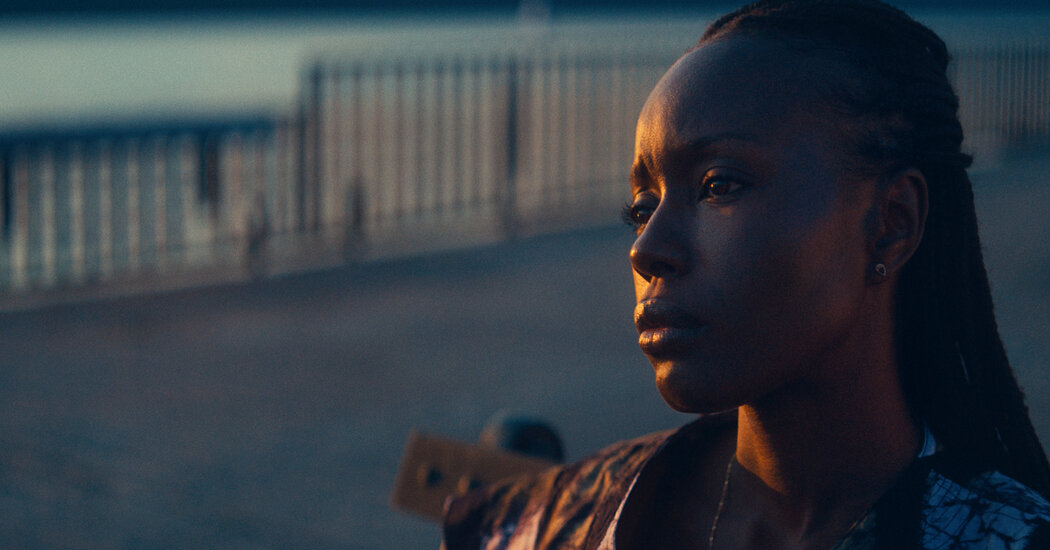 There’s a brief, impeccably calibrated scene at the beginning of “Nanny” when the title character first sees the room she’s supposed to sleep in. Recently arrived in New York from Senegal, she was hired by a white family as a babysitter. As the mother of the family shows her around the bright, spacious apartment, the nanny seems delighted with her new position until she sees the small, dark room where she will sleep some late evenings. “It’s nothing special,” says the employer, who evidently believes the opposite, as the nanny’s smile fades in the gray, cheerless light.

Nanny Aisha (a beautiful Anna Diop) graciously regains her composure despite the mother’s demure exuberance and strained physicality. By the time that awkward woman, Amy (Michelle Monaghan), asks if she can hug Aisha – after leaving her a binder full of schedules and numbers and a fridge full of prepared meals – an absurd, awkward world of privilege and her dissatisfaction has opened up up and spills its secrets. They continue to spill into “Nanny,” which follows Aisha as she tries to navigate her new life while holding on to her former and the beloved baby son she left behind.

With swaths of vivid color and a steady pulse, writer-director Nikyatu Jusu, making her feature film debut, draws vivid sketches in Aisha’s world with pinpoint detail, naturalistic performances, and sneaky doses of sardonic humor. Everything flows with effortless realism, or would if it weren’t for the ever-growing uneasiness that tugs at the edge of the frame just after Aisha begins working for the family, creating slight disturbances in the air. These waves are almost unnoticed at first, but even as they begin to engulf Aisha, it’s unclear whether they emanate from deep within her or from malevolent forces outside.

It takes a while to understand what Jusu is up to. The story’s premise and some of its sharply observed details — totemic artworks, an unbidden kiss — first suggest that it’s referring to “Black Girl,” Senegalese filmmaker Ousmane Sembène’s 1966 masterpiece about the tragic death of an African woman , while working for a racist family in France. But despite the similarities between her film and the Sembène film, Jusu deals with issues of power in a specific cultural context in which, among other things, white racial tolerance has become a kind of mask that supposedly enlightened whites don only when it suits them , when demonstrating racial sensitivity or needing something from black people.