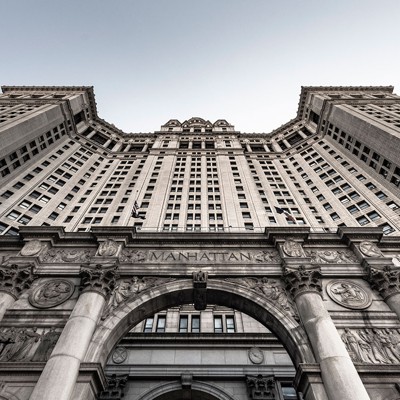 New York City plans to cut the approximately 21,000 vacancies in the city authorities – but not by hiring alone. A letter from Budget Director Jacques Jiha, first reported by Politico New York, ordered most city agencies to cut their city-funded vacancies by half effective Oct. 31.

The new cuts will be implemented in the interim fiscal year 2024 budget, which is due in January, and the order exempts teachers and uniformed positions like police officers. In all, the city intends to eliminate about 4,700 job openings, resulting in an estimated $350 million in savings, according to a city hall spokesman. The city has projected a budget deficit of $2.9 billion for the upcoming fiscal year — which, coupled with the cost the city will incur in dealing with the asylum-seeker crisis, necessitates additional tightening of the belt, Jiha said. A City Hall spokesman claimed the job cuts will not result in benefit cuts.

In addition to ordering job cuts, Jiha points out in his letter that agencies must fund any new projects or initiatives themselves. “When I was running for office … I made it clear that we need to deliver a better product by making better use of taxpayers’ money,” New York City Mayor Eric Adams said at an independent news conference Tuesday. “I will keep my campaign promise. I believe we need to find efficiency gains within our agencies.”

The forthcoming vacancy reductions, which follow blanket 3% cuts announced in January ahead of the preliminary budget and another round of cuts that translated into a budget update last week, prompted a range of reactions – from budget watchdogs praising fiscal responsibility , to other elected officials in the city warn against slashing vacancies that could be crucial to fill.

“It’s a good move. Funding vacancies and unnecessary jobs doesn’t help,” said Andrew Rein, president of the Citizens Budget Commission. The Watchdog Group holds the position that the city should focus on filling critical positions and eliminating unnecessary ones. “This adds more realism to the budgets,” said Rein.

Asked about recent spending cuts, City Council spokeswoman Adrienne Adams expressed some hesitation. “We’re looking into it now, but the city can’t afford to lose staff in agencies that are really relied on to deal with the multiple crises we’re facing,” she said Tuesday.

New York Comptroller Brad Lander also expressed concern. “While we agree that savings are critical as New York City faces economic headwinds, managing these risks must not come at the expense of reducing the city’s capacity to get things done,” Lander said in a statement on Monday. “Today’s policy to agencies reinforces our concerns about hiring and retaining the staff needed to implement critical programs from improving road safety to processing housing applications.”

A broader consensus is that the city needs to increase its hiring efforts for the vacancies that remain on the books, as staff shortages threaten the delivery of essential city services and some existing employees are overworked. “It’s critical that agencies facilitate hiring for key roles,” said Rein. “These attitude systems are sticky. They make hiring difficult, and that needs to be reformed.”

Jiha’s letter includes a policy change that Rein says is a first step in removing some barriers to hiring. The so-called 2-for-1 rule — a policy that generally limited departments to hiring one position for every two positions that become available — is being rescinded, and the letter said the Office of Management and Budget is “available for review and Approving new hires commits requests quickly and efficiently.”

When asked what the city could do to improve employee hiring and retention, spokesman Adams said the city could present itself better. “We don’t do our best when it comes to making fun of ourselves,” she said.

The letter also said the government is exploring a “variety of retention and recruitment policies that will help agencies maintain a stable workforce and boost morale.” A spokesman said City Hall has nothing to say about those guidelines at this time.

But it doesn’t look like agencies can lure job candidates with higher salaries, at least not without authorization. The city no longer appears to be introducing flexibility to allow agencies to hire at more competitive salaries — something that some current and former employees cite as a reason for city workers heading toward exits, along with a lack of flexible hybrid work arrangements. The letter states that hiring above the minimum wage rate for the civil service, as well as promotions and pay rises outside of the current pay guidelines, still require the approval of the OMB.

Fee said one of the things that would help is giving managers the ability to hire salaries above the lower end of a pay scale. “I just don’t see that they have made the necessary changes to fully address the issues they face recruiting and retaining employees,” Fee said.

The latest round of spending cuts follows a report by the Office of State Comptroller Tom DiNapoli, which suggested that attrition could be a bigger problem than hiring, noting that New York City added more than 40,000 new employees in fiscal 2022 , but turnover has still outpaced recruitment.

While cutting job vacancies is a common cost-saving measure, this report cautioned against being too harsh and cutting off much-needed jobs. “Understanding the impact of uneven staff reductions on the city’s service delivery since June 2020 should inform city decisions as to which vacancies may be accepted for savings and which should be filled to improve or expand municipal services,” says the report.