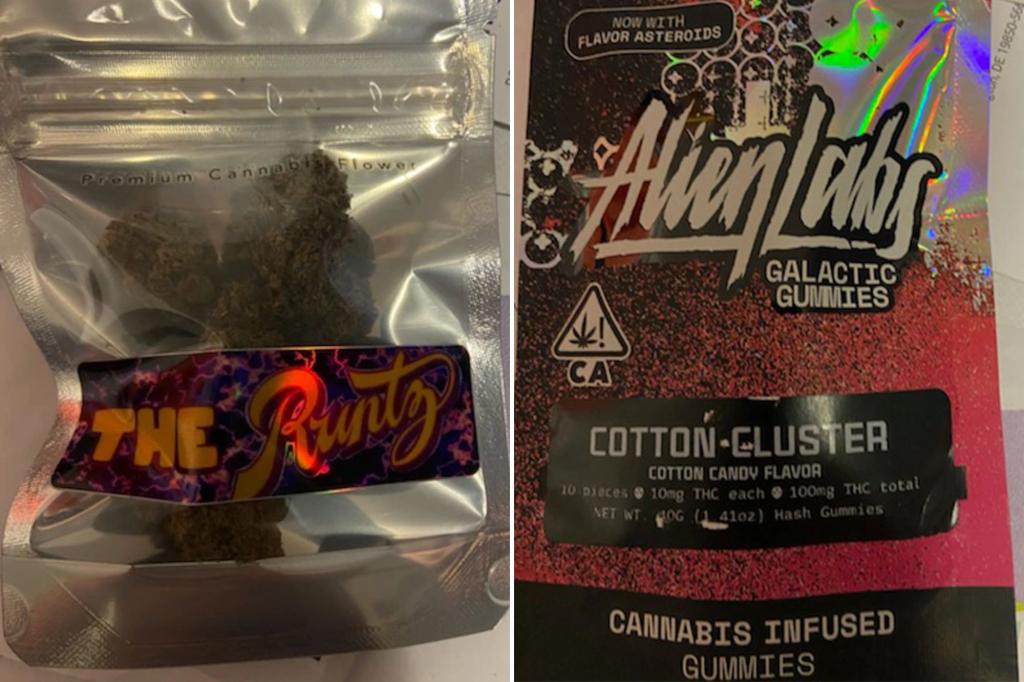 New York is poised to issue its first retail licenses to sell legal cannabis products on Monday – but regulated dealers are being smoked out by a thriving black market, The Post has learned.

The state’s Cannabis Control Board is expected to review applications from businesses and nonprofits and grant some of the first of 150 Conditional Adult Use Retail Dispensary Licenses.

Some of the stores could be up for sale by the end of the year – but industry leaders argue that without proper action against illegal sellers, the burgeoning businesses could be doomed.

“[State pols] fueling the market before it can start because the illegal market is already being sold on the streets and is not taxed,” said Joseph Davidson, CEO of Nevada-based cannabis consultancy Qanvus. “Now I’m walking through New York and smelling weed!”

Recreational marijuana was legalized as part of last year’s budget process, but the law failed to establish an enforcement mechanism to deal with the rampant black market trade.

Though unlicensed stores still can’t sell or “gift” cannabis, illegal marijuana products were passed around town like a blunt circle, leading to stiff competition for the legal vendors that soon opened.

“It’s backwards how they roll it out and I think it’s short-sighted,” Davidson told The Post. “If I were an entrepreneur, I wouldn’t invest in the retail market here.”

The black market is even growing like weeds in tidier neighborhoods — like Kew Gardens, Queens — where a Post reporter easily bought gummy bears and other smokable items on Saturday night.

The reporter purchased “premium cannabis flower” described as “The Runtz” and “Krazy Runtz” as two bundle deals at Triangle Dreams at 82-64 Austin Street. The store clerk showed off the weed in sight glass containers before calling for $70 cash.

The writer then purchased cannabis-infused “Cotton Cluster” gummies for $25 cash from Lefferts Exotics at 81-27 Lefferts Blvd. The display pack described the contents as 10mg of THC for each gummy and 100mg for a bag of 10.

Another reporter went to NYC Convenience at 40 Exchange Place in Lower Manhattan, where he bought two pre-rolled joints. He paid $15.60 per stick with a credit card. The receipt left the items unlisted.

The marijuana dispensary licenses, set to be distributed Monday, are part of a batch of up to 36 initial registrations.

Up to 150 licenses will eventually be awarded — all to New Yorkers previously convicted of marijuana crimes. The delay in the issuance of all expected licenses is due to a recent federal court injunction temporarily blocking the issuance of licenses in parts of the state.

An NYPD spokesman said that although the department and NYC Sheriff’s Office have closed weed trucks that sell produce, the law makes it difficult to effectively police stores.

“The law, as amended, provides no enforcement mechanism when an unlicensed establishment is displaying cannabis for sale,” The Post said in a statement when asked about the department’s efforts to crack down on violators.

“The law provides for an enforcement mechanism only if an actual sale is observed, and even then penalties are limited due to issues with the written law,” the statement said. “In addition, state law does not provide the NYPD with a mechanism to close unlicensed facilities.”

State Senator Diane Savino (D-Brooklyn/Staten Island) said lawmakers must change the law so that the state, local governments and police departments can either punish bad actors with larger fines or permanent bans.

“The problem is that we have a consumer who is now quite comfortable going to a store, bodega or smoker’s shop that has products on display that are attractive and eye-catching,” said Savino, who sponsored the bill. which launched New York’s medical marijuana program, The Post said.

“They don’t have to create documentation, share their data with any agency or anyone – how is a legal license holder supposed to compete with that?”

Councilor Bob Holden (D-Queens) told The Post his office has been inundated with complaints from small business owners who complain a lack of enforcement is bad for business – and government intervention is needed.

“What’s the point of going through the obligations of bureaucratic paperwork, paying thousands of dollars for a license and possibly hiring a lawyer to guide you through the process, only to lose to your competition selling cannabis illegally?” He wrote in a letter obtained by The Post and sent to Gov. Kathy Hochul and Mayor Eric Adams pleading for improved regulations.

“Illegal drug dealers used to be in backyards. Now they get a shop window and are exempt from taxes.”

“These individuals and non-profit organizations will be identified by the Cannabis Control Board on March 21Stmeeting. If the board approves, retail pharmacy licensees can continue in business and prepare for sales before the end of the year,” spokesman Freeman Klopott said in a statement.

Klopott added: “There cannot be a legal, regulated market alongside an illegal market.”

“From the city of Cheektowaga to New York City, OCM and law enforcement have worked together to try to stop illegal activity across the state,” the statement said. “These efforts have included the seizure of products, the issuance of cease and desist letters and the removal of trucks used to illegally sell cannabis, and we will continue to enforce the law to shut down their operations.”