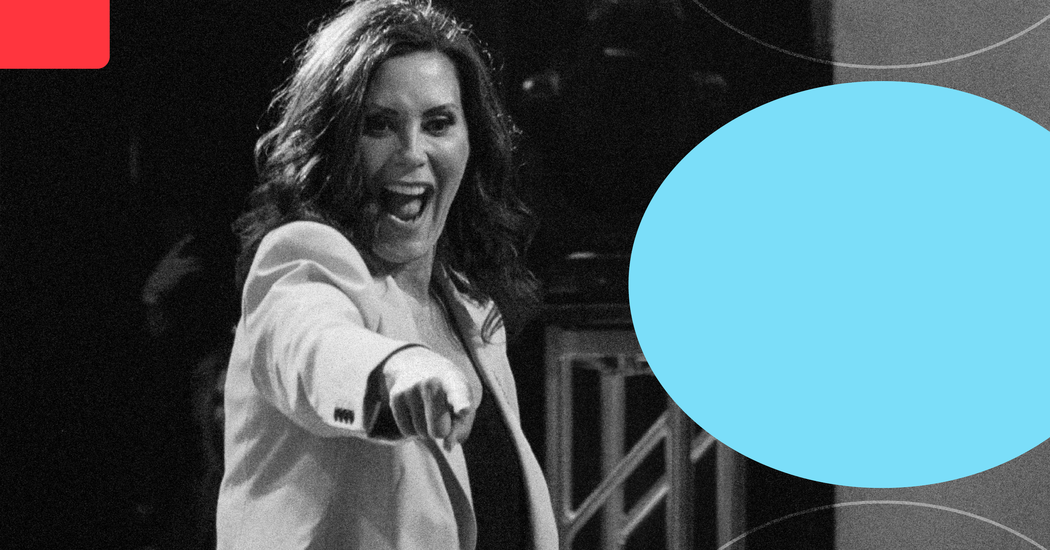 I was disappointed to see that you didn’t nominate Rep. Tim Ryan, who lost the Ohio Senate race, as a potential candidate for the 2024 Democratic Party presidential nomination. He is articulate, young, moderate, a fighter for the working and middle classes and, like Pennsylvania’s John Fetterman, perfectly suited to appeal to a broad spectrum of Democrats and independents as a decent, sensible choice during the current madness of the US political landscape .

His recent concession speech alone shows us how his values ​​would enrich our country. He may not be well known outside of Ohio, but wasn’t Barack Obama in the same position prior to 2008?

As a Republican, I was dismayed and frustrated by the outcome of the midterm elections. In a climate of record inflation, rising interest rates, rampant crime, open borders, lousy public schools, and the spread of a bright ideology, if my party couldn’t prevail, how could I possibly expect a better outcome in 2024?

Then I read Frank Bruni’s article, which identified Kamala Harris, Pete Buttigieg, and Gretchen Whitmer as the most likely candidates for the Democratic presidential nomination in 2024. Thank you Frank! You have given me renewed hope for a better future for my party.

In your discussion of potential Democratic nominees for 2024, there are two other names that deserve mention. One of them is Senator Tammy Duckworth from Illinois. She lost both her legs in Iraq and I’d love to see her in a debate with the former president who retired from military service for – what was that again? – oh right, a bone spur.

The other is the newly elected Governor of Maryland, Wes Moore. A Rhodes Scholar and veteran, he already has an impressive resume and, at 44, is the same age as Ron DeSantis. I know he doesn’t have much experience yet, but neither did Barack Obama when he was elected.

While many of the potential candidates highlighted have commendable credentials, I think Gina Raimondo beat most of them. She is experienced, having not only gained government experience as Governor of Rhode Island from 2015 to 2021, but also served as Treasurer and helped stabilize the state pension system. Many of the elections she has won have been by quite a large margin.

She spent previous years as a venture capitalist, giving her street cred in the business world. Her education includes business and law from top schools and was a Rhodes Scholar. I think this background would have broad appeal and lead us in a positive direction.

It was hard to believe Cory Booker hadn’t made Frank Bruni’s A list of possible Democratic presidential nominees, let alone the B, C, or D lists. Cory Booker is a busy Senator, a passionate Democrat who tells the truth to those in power. He was the strongest debater on the primary stage in 2020. He has serious policy proposals and credibility.

I wonder if it is perceived as too progressive.

My answer to Frank Bruni is: We must elect our first female President! It’s a shame for the United States that we only had male leaders.

There are many highly qualified candidates, but in my opinion Amy Klobuchar is the most qualified and eligible candidate. Democrats cannot afford to nominate a progressive like Elizabeth Warren because she would alienate moderates and independents.

Ms. Klobuchar is smart, articulate and experienced with a good sense of humor. In addition, she is a respected Senator who has successfully worked with both parties.

Amy Klobuchar is a winner!

I would suggest that MP Adam Schiff be added to the list. He should be close to the top. That’s right, he’s from California, white and male. But he has served as a key spokesperson for committees involved in the Trump impeachment trials and the January 6 attack on our Capitol.

I find him to be an articulate and timely conveyer of important information on national television, making it understandable to a broad cross-section of our population.

A welcome gay marriage law, but…

Senator Marco Rubio is quoted as saying he knows “a lot of gay guys in Florida who are mad at gas prices.” To Senator Rubio, I ask: Aren’t gay people capable of being upset about gas prices and worried about their marriage rights at the same time? Does it have to be one or the other?

They also report that Senator John Cornyn views the bill as an attempt to intimidate gays into believing that the Supreme Court’s decision protecting gay marriage is in jeopardy. “I don’t think so,” Senator Cornyn said. I ask Senator Cornyn: Didn’t you learn anything from your last term on the Supreme Court?

This newly proposed legislation, which would allow same-sex marriages in all states, also gives any business the right to refuse to provide “services, facilities or goods” to weddings if they so choose. Government licensed businesses such as bakers, photographers, amenities and florists could legally oppose our LGBTQ business.

This proposed law still conveys discrimination and will continue to marginalize LGBTQ citizens and teach future Americans that we are “less than.” Still separate and still unequal.

We await our Brown v. Board of Education decision to affirm that we are all truly equal and that no orientation or identity is better than another.

Kate O’Hanlan
Portola Valley, California
The author, a gynecologic oncologist, is past president of the Gay and Lesbian Medical Association.

For example, 12 out of 50 Republican senators — less than a quarter — support gay people enjoying the same marriage rights as everyone else.

It couldn’t be clearer: The Republican Party of 2022 is the Party of Cruelty.

On “US falls behind on Covid vaccines as funds dry up” (front page, Nov. 20):

The US is at risk of making the very same pandemic preparedness budget decisions that have left the country vulnerable to outbreaks in the past. Neglect, panic, repetition is no way to manage disaster risk, especially in events like Covid-19 that could cost millions of lives and trillions of dollars.

Douglas Criscitello
Vienna, Virginia
The author was an officer in the Office of Management and Budget and the Congressional Budget Office.