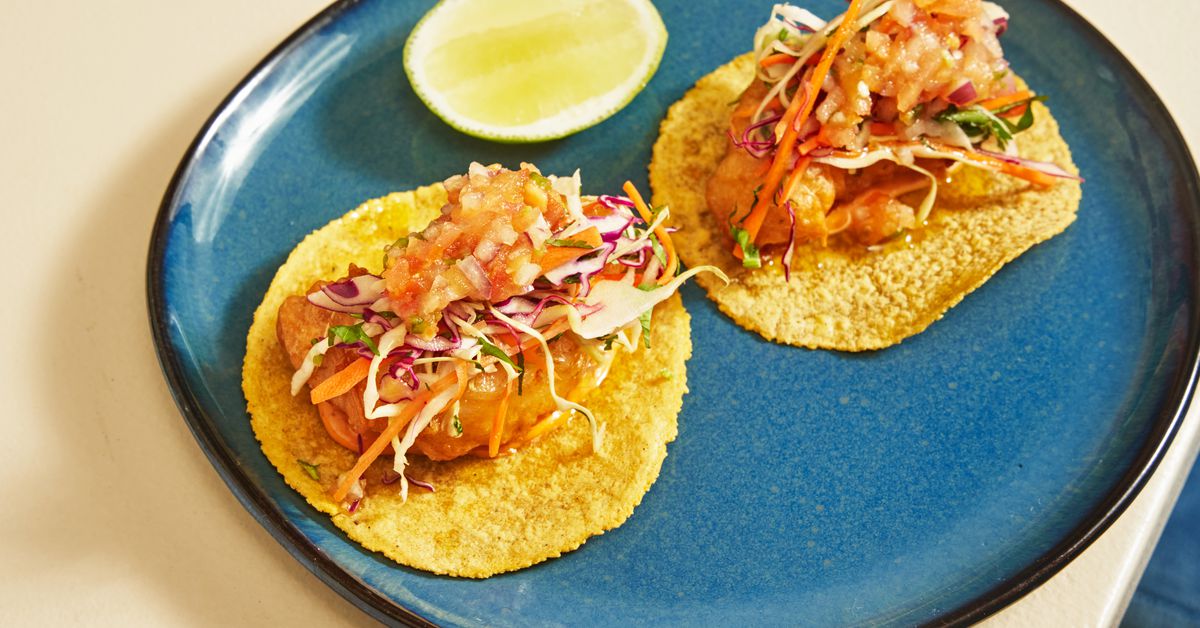 When superstar chef Enrique Olvera made his New York City debut with Cosme in 2014, he not only gave the city one of the best new places for fine dining; He raised the bar on what Mexican restaurants could charge for labor-intensive moles, raw fish tostadas, and other dishes whose prices might not have ruffled as many feathers in upscale European brasseries or chophouses. Cosme’s two deep pub crowds showed that New Yorkers were ready for delicious, innovative, and expensive Mexican fare.

This brings up what I call the Olvera Rule. When a modern Mexican restaurant is called Cosme, related to Cosme, or is run by a Cosme graduate, it’s likely to be expensive. That’s not a bad thing. Olvera’s own Atla gave the town an all-day cafe like no other, serving up stunning crab caldo and cecina steaks in its heyday. Then, about a year ago, former Cosme employee Christopher Reyes opened Aldama, a late-night spot in Brooklyn that sells electric vegan tostadas and juicy pork tacos with modernist fruit gels.

In February in Williamsburg, Ensenada became the newest member of this small, select group. Executive Chef Luis Herrera and Beverage Director Jorsand Diaz, both Cosme graduates, have teamed up with co-owner Bryce David to serve up traditional aguachiles and experimental fish tacos — easily some of the best in town.

The North Brooklyn hotspot — formerly home to a vegetarian Mexican restaurant — occupies a deceptively casual-looking corner on Borinquen Place. Childlike depictions of underwater creatures adorn a white-painted brick wall. Backless bar stools look salvaged from an old restaurant supply store. Doesn’t the venue sometimes feel like a mid-range margarita bar? Bartenders ask if you want a mezcal shot. Guys are bragging about the illegal rave they went to in Prague while yelling about plans to drink some tequila. This isn’t the place where you expect to pay top dollar for anything.

Then you realize that ceviches can reach $26. The only tlayuda, this classic street food, is slathered with chorizo ​​and squid and costs $41. And if you don’t pay cash, the restaurant charges a four percent credit card fee. Ensenada is one of New York’s pricier Mexican seafood restaurants — but it’s also one hell of a place to eat.

Aguachiles are available in either Rojo, Negra, Amarillo or Verde. Order the black variety and Herrera, a native Venezuelan, will ship you a shallow bowl of sugar-sweet scallops, octopus that’s not afraid to show off its luscious gelatin, and a shot of habanero that will induce some serious sweat on your forehead. It’s a particularly pricey aquachile at $27 — but that doesn’t seem excessive for a shareable dish, especially at a time when smaller, run-of-the-mill shrimp cocktails can cost more.

Tacos are even better. Herrera places a golden stick of tempura-fried cod over a thin purple tortilla — a chromatic profile of a Lakers jersey. The salted fish packs the salty sweetness of a scallop, while the light corn tortilla dulls the salty punch. Each bite results in a powerful crunch. Cost: $16 for two. You can also get grilled blue shrimp tacos for the same price; What the crustaceans lack in marine complexity, they make up for in warming guajillo spices. A dose of Chipotle Mayo shakes up the palate with a strategic dose of smoke.

Still, these are just snacks.

Remember when Cosme shot to all sorts of notoriety for its giant duck carnitas paired with tortillas for DIY tacos? What people really need to be talking about these days is Ensenadas al pastor branzino ($46).

The smooth flesh, painted red with spices, bounces like a lightly toasted marshmallow. The sweet, fishy fats look their best candy, enhanced by a generous layer of pineapple chutney. Pulsating notes of ancho then bring things back into the savory realm. Stack everything on top of a tortilla and add a dollop of pineapple butter, a condiment that tastes like someone tossing a tropical cheesecake in a ninja blender. It boosts the creaminess factor and doubles the fruit flavors in a way that’s both delicious and hilarious, like putting cinnamon raisin cream cheese on a cinnamon raisin bagel.

Even luckier guests might snag an order of the fried ray wing ($35); I shot the last one just after 8.30pm on a Friday. A blond pastry shell hides soft, chewy meat. Tear off a segment, slip it into a tortilla and you have a spectacular taco yourself. Thing is, Herrera refuses to stop.

The chef coats large swathes of ray with salsa seca – a homemade XO sauce made with dried shrimp, scallops and sesame seeds. It spices up the neutral flavors of the fish with hints of nuttiness and a light coastal funk. Herrera also throws in a small pool of Oaxacan Mol Amarillo — secretly laced with Thai curry paste, coconut milk, and labneh. The brew tastes kinda like the world’s best pumpkin-spiced latte.

You stack as many as you can into a yellow tortilla that smells like warm corn and tuck the front end into this bright mole. The dish has more ingredients than the salad bar at Sizzler, but my goodness, each individual element comes through with perfect clarity, like a starry country summer night. This could be taco of the year.

Around 10:30 p.m., while the staff is assembling DJ equipment to make way for the Black Flamingo nightclub downstairs, a bartender might ask if you’d like a shot of mezcal. I encourage you to accept this offer and consider how the Olvera diaspora and others are pushing Mexico’s diverse foodways even further into the flavor stratosphere.