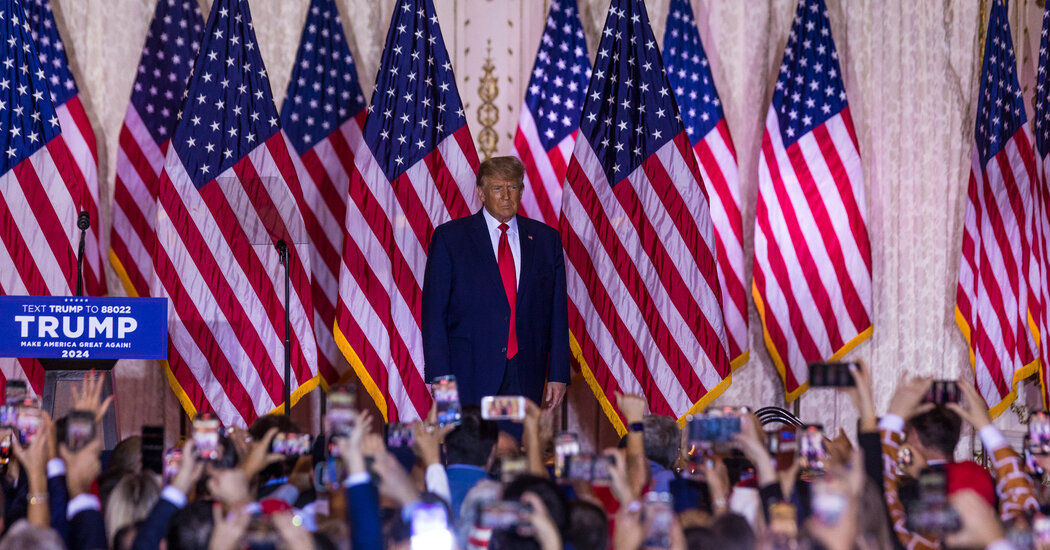 Mr. Trump received two legal blows on Tuesday. The Supreme Court’s decision landed as an Atlanta appeals court heard a broader challenge from the Justice Department to the special home exam. All three judges, including two of his appointments, seemed inclined to rule against him.

The dispute over whether the House of Representatives can receive Mr Trump’s tax returns dates back to his 2016 refusal to release them, breaking with modern precedents set by presidential candidates and sitting presidents.

In 2019, after Democrats took over the House of Representatives, they began attempting oversight efforts, including Mr Trump’s hidden financial deals. They secured testimony from Mr. Trump’s former attorney, Michael D. Cohen, that Mr. Trump had boasted about adding value to assets when it served him, such as when applying for credit, and undervalued them when it helped to lower his taxes.

State authorities have also investigated such allegations. The Trump Organization is on trial in New York, where prosecutors have accused it of tax fraud and other crimes. The New York State Attorney General has sued Mr Trump and three of his children, accusing them of lying to lenders and insurers by fraudulently overstating his wealth.

The New York Times has also examined Mr Trump’s taxes, including obtaining tax return data in 2020 spanning more than two decades. He paid no federal income taxes in 11 of 18 years The Times examined and reduced his tax bill with questionable measures, including a $72.9 million tax refund that was the subject of an Internal Revenue Service audit as of 2020.

John Koskinen, a former IRS commissioner during the Obama and Trump administrations, said Tuesday that Mr Neal must decide what to do with the returns, including releasing a summary or the full set of documents. But he suggested that given what was already known about Mr. Trump’s finances, their release might offer some surprises.

“I’m not clear what you’re going to learn that you don’t already know by looking at these returns,” Mr Koskinen said in an interview.