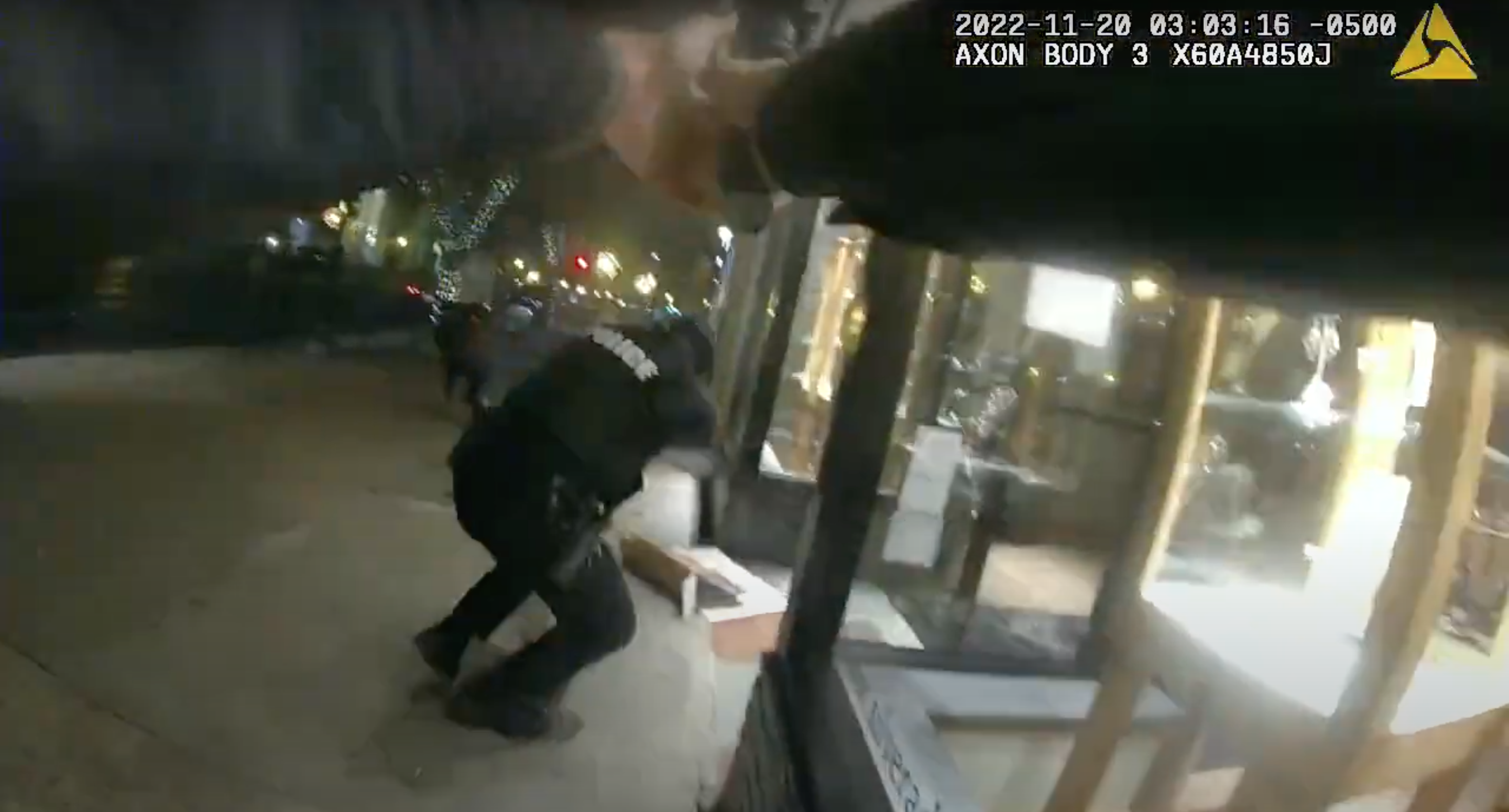 An off-duty Rutland County sheriff’s deputy refused orders from police officers to drop his gun and told officers to open fire after a shooting outside a bar in upstate New York early Sunday morning, according to a police department official from Saratoga Springs.

The deputy, who has not been publicly identified, was hospitalized along with two other people involved in the episode with “multiple” gunshot wounds, according to Saratoga Springs Police Sgt. Paul Veit. All parties are in stable condition or have been dismissed, he said.

Police are investigating whether the gunshot wounds were sustained in the shootout between the deputy and another group or from responding officers’ guns, Veitch said. However, he said investigators were “pretty certain” the deputy sheriff had been hit “at least once” by uniformed officers.

The incident happened just after 3 a.m. Sunday when Saratoga Springs police officers patrolling the nightlife district heard gunshots on Broadway, about a block from their location, Veitch said.

“As officers rounded the corner, they observed two separate groups, both facing each other with handguns,” Veitch said. Both sides had “already shot at each other”. Veitch said he couldn’t tell how many people were in the other group.

Officers ordered everyone involved to get on the ground and drop their guns, but the man — who was later identified as the deputy sheriff — refused, prompting officers to open fire, Veitch said.

Veitch declined to say how many of the approximately nine officers who responded fired their guns. Investigators believe uniformed officers fired a total of 11 rounds, he said.

In addition to the deputy, a man in the other group suffered a gunshot wound that “apparently” was fired by the deputy, Veitch said. A woman who was with the deputy was also beaten at some point, he said.

Saratoga Springs Public Safety Superintendent James Montagnino told reporters at a news conference in New York on Sunday that the altercation stemmed from an argument at the bar that spilled onto the street and resulted in a man kicking the deputy a hood banged before the fight escalated to the Times Union.

The sheriff’s deputy identified himself as a police officer when police began providing him with medical assistance, Veitch said.

As of Sunday afternoon, no names had been released and no charges had been filed, Veitch said. The investigations are ongoing.

Rutland County Sheriff David Fox could not be reached for comment. A person who answered the phone at the sheriff’s department said they would not comment on Sunday.

Veitch said someone from the Saratoga Springs Police Department contacted the Rutland County Sheriff’s Department “to update them on the situation.” He said any further contact is at Rutland County’s discretion.

“It’s their choice how they want to get involved in the situation,” he said.

Adam Silverman, a spokesman for the Vermont State Police said in an email, “We are aware of the incident but are not currently involved.”

Veitch said the Saratoga Springs Police Department is conducting the investigation into the initial shooting with assistance from the New York State Police. Not only do they want to establish who shot who, they want to know what started the argument and who shot first.

Saratoga Springs, a town of about 28,000, is about 90 minutes southwest of Rutland.

Stay up to date with all of Vermont’s criminal justice news. Sign up here to receive a weekly email with all of VTDigger’s court and crime reports.

Did you know that VTDigger is non-profit?

Our journalism is made possible by member donations from readers like you. If you appreciate what we do, please contribute during our annual fundraiser by sending 10 meals to the Vermont Foodbank.