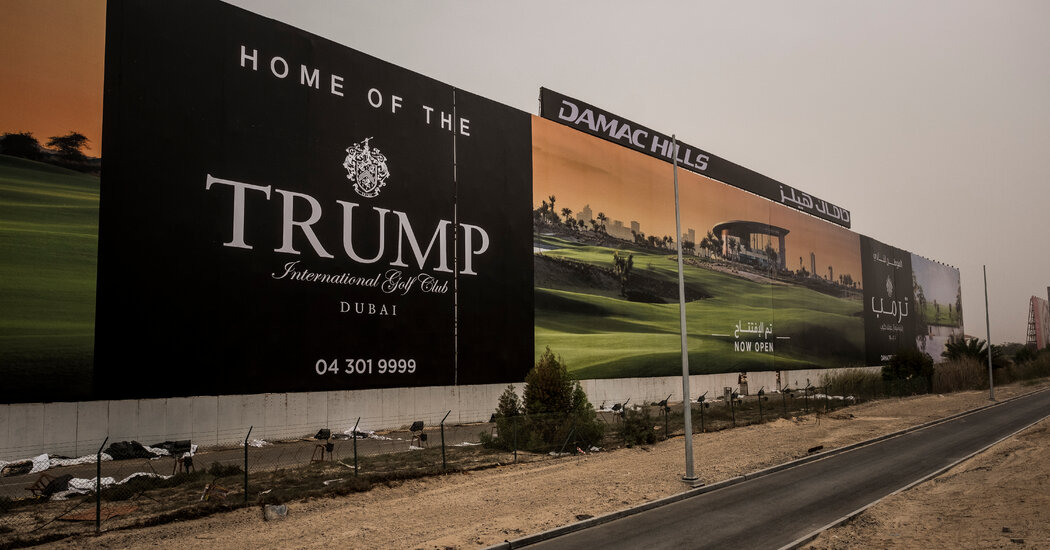 Eight months before Mr. Trump entered the presidential race in 2015, the family business announced plans to license his name to a 33-story hotel in Baku, Azerbaijan, and the partner there was the son of a government minister. This project was eventually abandoned.

But elsewhere, according to a New York Times examination of the transactions, the Trump Organization’s foreign operations generally did not involve a direct financial role by a foreign government, or at least no public acknowledgment of direct foreign government funding or a major land contribution.

During Mr Trump’s time in the White House, the Trump International Hotel in Washington was a frequent destination for foreign government officials, including delegations in the city for scheduled meetings with Mr Trump. The governments of Malaysia, Saudi Arabia, Qatar, the United Arab Emirates, Turkey and China all spent money at the hotel, according to documents his former accounting firm gave to Congress. The hotel received more than $3.75 million from foreign governments from 2017 to 2020, House investigators estimated.

The Trump Organization has claimed that it paid all profits from those hotel stays through annual voluntary payments to the Treasury Department.

But this new deal – in which the Trump Organization benefits from land or financial capital provided by foreign governments – only increases the potential for a conflict of interest to arise as Mr Trump continues his dual role as White House nominee and chief executive. Ethics advocates said.

“This is another example of Trump receiving a personal financial benefit in exchange for past or future political power,” said Kathleen Clark, a law professor at Washington University in St. Louis. “The Saudi and Oman governments may believe that giving Trump this licensing deal will benefit them in the future should Trump become president again. This deal could be a way to ensure they are in Trump’s good graces.”

The Aida project in Oman is to be built 20 minutes outside the capital Muscat on a series of hills overlooking the Arabian Sea on land controlled by the Oman Company for Development and Tourism, a tourism agency owned by the Oman government . It will include 3,500 luxury villas, two hotels with a total of 450 rooms and a golf course, as well as various restaurants and shops.