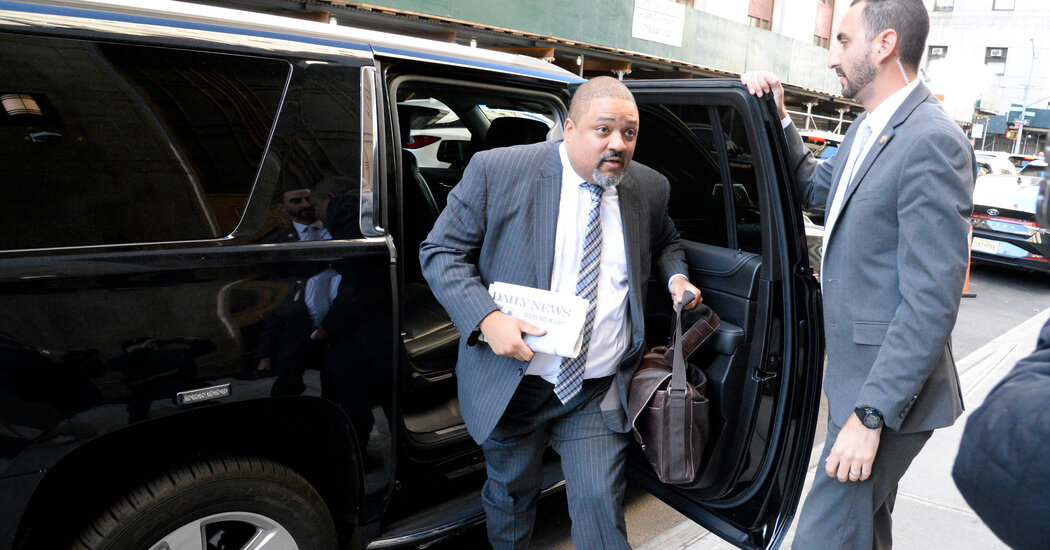 Two men arrested at New York’s Penn Station just before midnight on Friday, in what authorities said posed an “evolving threat to the Jewish community,” have been charged with multiple felonies, including criminal weapons possession and making terrorist threats.

Authorities seized an 8-inch military-style knife and an illegally held gun with a 30-round magazine from Christopher Brown, 21, and Matthew Mahrer, 22. They also found Mr. Brown to have a swastika arm patch and a ski mask owned.

Law enforcement officials with knowledge of the situation said that recent social media posts had threatened threats of violence against Jewish sites, including “shelling at a synagogue,” and that there had been an indication of an act of violence that took place on Friday.

“A possible tragedy was averted when they were intercepted by officers at Penn Station,” said Alvin Bragg, the Manhattan District Attorney. “as online postings indicated intent to use these weapons in a Manhattan synagogue.”

Police said Mr. Brown had a history of mental illness and had recently expressed an interest in coming to New York to buy a gun.

Police also seized a Glock-style pistol, a large-capacity magazine and 17 9mm bullets in a pouch around 11 p.m. Friday at an Upper West Side apartment building. According to police, the two men were video-watched about 45 minutes earlier entering the building and Mr Mahrer appeared to be carrying the bag.

A post on a Twitter account that Mr. Brown identified as his on November 12 indicated, “Big strides will be made on Friday.” And on Thursday, November 17, the same account wrote, “I’m becoming a priest asking if I should marry or shoot a synagogue and die.” By Friday, November 18, Mr. Brown wrote, “This time I’m really going to do it.”

After the men were arrested, Keechant L. Sewell, the police commissioner, said in a statement that the New York City Police Department is “strategically” deploying resources in “sensitive locations” across the city due to a threat.

On Saturday, Mr. Brown told police that he and Mr. Mahrer first went to St. Patrick’s Cathedral to “get the blessing” before being driven to Pennsylvania by a friend of Mr. Mahrer’s to get a gun to buy.

“I paid Matt $650 for the gun,” Mr. Brown told officers. “But I changed my mind because I was nervous about the police and I didn’t want the gun anymore, but Matt bought it anyway.”

At that point, the men drove back to Manhattan, he said.

Mr Brown also told authorities he runs a Twitter group for white supremacists and that Mr Mahrer is one of his followers.

Gov. Kathy Hochul said in a tweet on Sunday that in response to recent threats against Jewish and LGBTQ communities, she has directed the New York State Police to step up surveillance and increase support for communities that are potential targets of hate crimes .

Both men were charged Sunday, and Mr Mahrer was being held at the Eric M. Taylor Center on Rikers Island. Details of where Mr. Brown was being held were not available on the city’s Justice Department website as of Sunday afternoon.