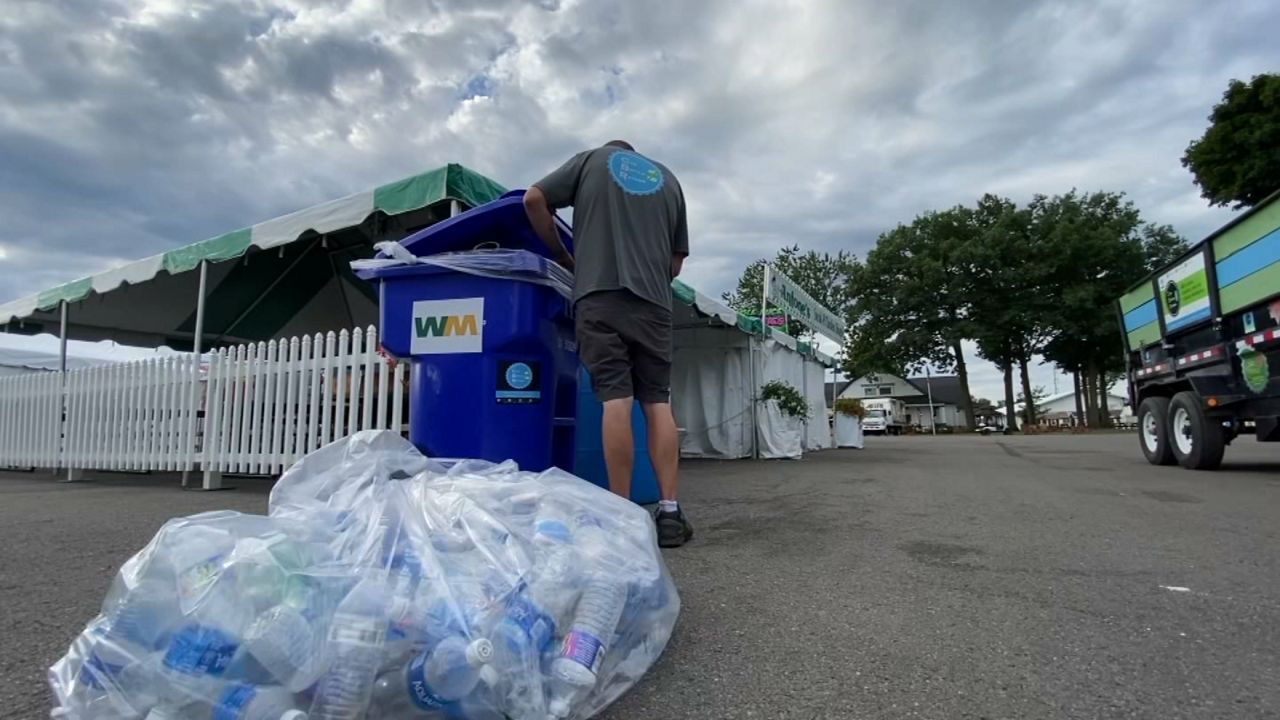 In Albany, a renewed effort to expand New York’s bottle deposit law is taking shape for the first time in years. For proponents like Erica Smitka of the League of Women Voters, the proposal won’t just fight junk.

“We will continue until more is done to reduce garbage in this state and lessen the impact of climate change,” she said during a Monday news conference in Albany.

Proponents of expanding New York’s bottle deposit law argue that not only will it have environmental benefits, but it can also boost businesses. But efforts to expand the measure have foundered over the years at the state Capitol amid opposition from business groups who have claimed the measure is too costly and cumbersome.

Smitka is one of the advocates in New York calling for the bottle deposit to be doubled from 5 cents to 10 cents. They also want to expand the types of beverage containers people can return to include items like wine and sports drinks.

A new campaign in support of enlargement has rallied support from hundreds of organizations to achieve enlargement in the upcoming legislative session, which is due to start in January. The groups are urging Gov. Kathy Hochul to include an expansion in her budget proposal.

And the push comes against the broader effort to combat climate change in New York. Advocates pointed to the role manufacturing and production of material that eventually becomes garbage can play in a warming climate.

“We are already seeing the effects of climate change in our state with an increase in extreme temperatures, extreme storms and stresses on our ecosystem,” Smitka said.

New York’s bottle deposit law was first approved in 1983 and last updated in 2009 to include bottled water. For NYPIRG’s Ryan Carson, the latest expansion would reduce reliance on curbside pickup, which he says is falling short.

“That will incentivize recycling and ensure people are bringing their cans and bottles back for recycling instead of putting them on the curb,” Carson said. “It’s absolutely vital that we divert as much waste away from curbside recycling as possible.”

And for business owners like Martin Naro, there’s a clear benefit too.

“There are many redemption centers that are going out of business and cannot pay their employees the increased minimum wage,” said Naro, president of the Empire State Redemption Association. “There are many canners, hundreds of thousands of people redeeming bottles to supplement their income across the state. This increase in processing fee and deposit would go back into their pockets and flow back into the local communities.”

However, the New York State Business Council has opposed previous efforts to expand the Meausre, calling it too much of a burden for supermarkets, convenience stores and beverage retailers.

“Touted as an environmental measure, this is actually a hidden tax on New York State producers, bottlers, distributors and – ultimately – consumers,” the group wrote in a letter of objection. “These additional costs will eventually result in higher prices and potentially disruption to sales as sub-scale operators smuggle cheaper products into New York — particularly New York City — from adjacent states.”