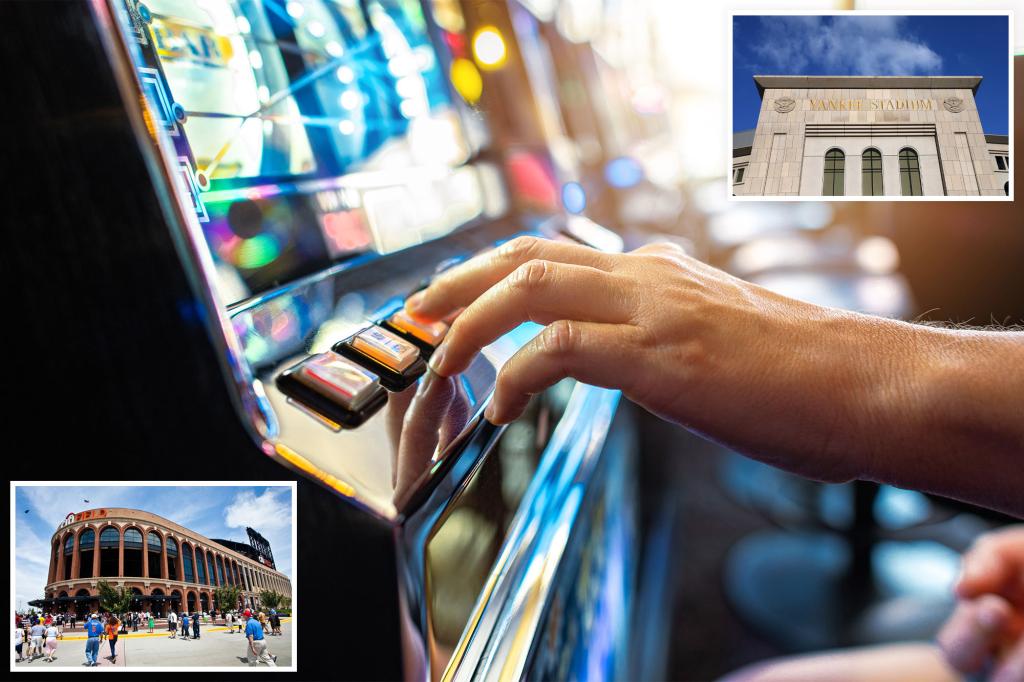 Yankees and Mets owners compete in a new breed of subway series.

But no bragging here – the winner could end up with one of the city’s coveted casino licenses.

Legends, a company partially owned and co-founded by the Yankees, is part of a consortium that is proposing a casino on Brooklyn’s famous Coney Island, along with developer Thor Equities, Saratoga Casino Holdings and The Chickasaw Nation.

The Yankees own about 25% of Legends, a source said. Another quarter belongs to Jerry Jones, owner of the Dallas Cowboys.

Other Legends ventures include the operation of 1 World Trade Observatory, the Circle Line, the Intrepid Museum and the Major League Baseball Stores.

Coney Island is home to rival Mets minor league team the Brooklyn Cyclones, and the borough was home to the storied Brooklyn Dodgers before the team relocated to Los Angeles.

In the meantime, Mets owner Steve Cohen is not standing by idly by.

He spent months trying to secure one of the three commercial casino licenses in the state alongside Citi Field. He believes a plan to open a 25,000-seat football stadium at Willets Point will help his causes, sources previously told the Post.

Cohen has been in talks with potential casino partners including Hard Rock and Sands Hotel and Casino.

“The Legends folks are involved in the entertainment portion of the proposal being put together. I believe there will be a proposal and it will be a successful proposal. I think Coney Island is the best location in New York City’s five boroughs for a casino,” said James Featherstonhaugh, longtime lobbyist in Albany and director of Saratoga Casino, part of the consortium.

The Yankees declined to comment, referring questions to the Legends Hospitality Group.

Legends President Bill Rhoda said in a statement released on Tuesday, “Legends is proud to partner with Thor Equities and our gaming partners Saratoga Casino and The Chickasaw Nation to provide our operational and experiential expertise to deliver the outstanding resort -Casino in New York to bring to Coney Island.”

Thor Equities founder and CEO Joe Sitt said a casino will help “reclaim Coney Island’s legacy” and transform it into “a vibrant year-round destination for everyone.”

“We are never afraid of a fight. We are rowdy. We believe in Coney Island,” Gilatta said, noting that Thor has been “long committed to Brooklyn.”

“Yes, you can put something in Manhattan, but does it need anything else? Coney Island needs this project. You really make a difference. You get the chance to tell this story of Coney Island.”

Cohen, the billionaire owner of the Mets and hedge fund honcho, has donated funds to help Mayor Eric Adams and Gov. Kathy Hochul, and his lobbying team has nurtured ties with elected Queens officials to further his interests.

Meanwhile, billionaire John Catsimitidis, who has been developing rental housing on Coney Island’s Ocean Drive, said the area would be great for a casino if the city and state got crime under control.

He said Coney Island’s bid — and other casino bids — would be jeopardized if Albany police didn’t set state bail laws.

“You need to make sure Albany sets bail law and New York City is safer and make sure you take the violent regulars off the streets. I think it could be a hindrance for our city as a whole,” Catsimatidis said.

“I think the laws must guarantee that visitors and residents of New York City are safe.”